Before going home last 16Th of August, my husband, Mark had the chance to have a tour around the Great pyramids of Egypt since his flight was canceled for one day. 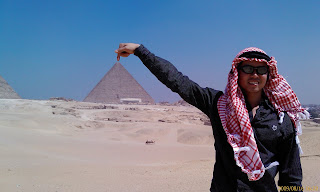 Here he is. Pointing at the Pyramid as if he's a giant. 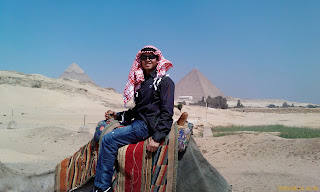 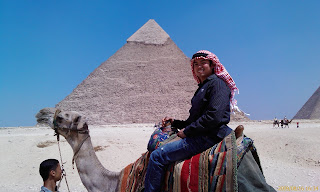 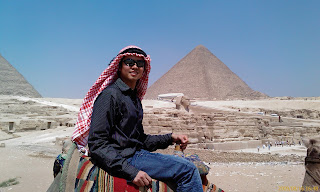 Enjoying at his camel ride as he tours around the pyramids.
There are 9 pyramids all in there according to him. 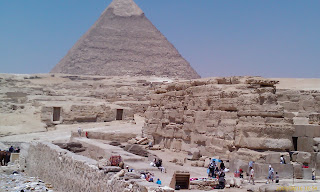 View shot of the site. 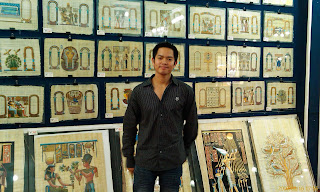 Then he went to the museum where he purchased a papyrus of us and of Marianna that is now framed in our living room. He also bought me some oil of rose, mint & Cleopatra (perfume).

My husband has toured almost around the world. One of the perks of his job. Hopefully someday, Marianna and will I get to come with him.
pagsasalaysay ni Dj Mariñas at 6:00 AM

Dj Mariñas
im a 31 year old mom of a very adorable baby named marianna and a wife to a very dear husband named mark. i enjoy time being with my family and cherish every single second as much as i can, considering i'am a working mom. i'am an accountant by profession and a mommy by heart since i can't stop thinking of my daughter and miss her every time i have to go to work. hobbies? i love to do digi and paper scrap and is now into cooking. i also enjoy writing for my blog, but is more into reading other blogs (specially of my friend peachy and my other circle of bloggers). it gives me peace of mind. a rest from my sometimes head breaking work of numbers. i'm happiest playing with my daughter and having sweet alone time with hubby.

Chatting makes the Blues go away